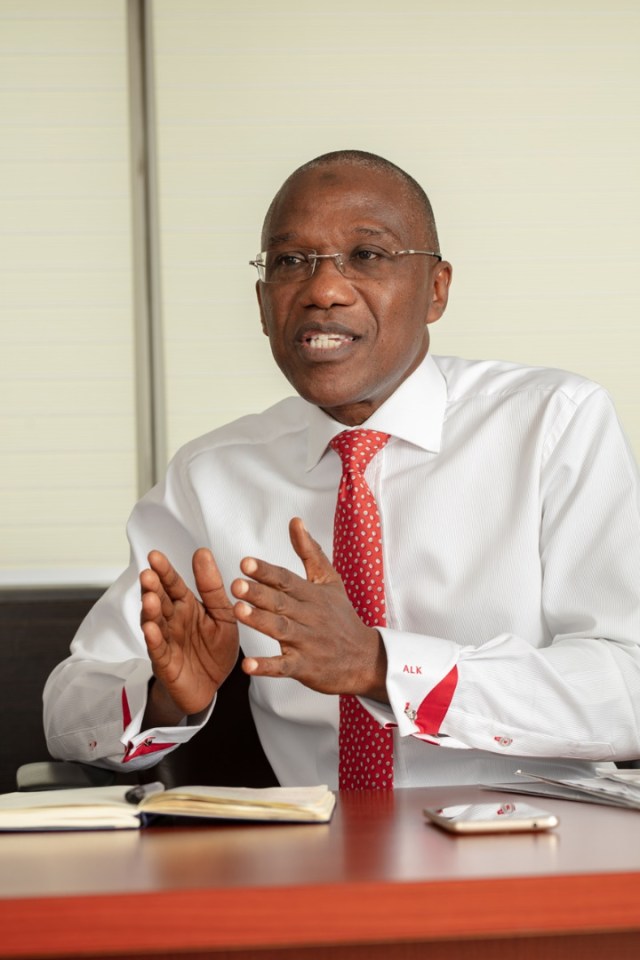 Asset Management Corporation of Nigeria (AMCON) has said it currently has more than 5,000 cases in court with some of its obligors. The corporation has over 12,000 obligors in total.

Managing director AMCON, Ahmed Kuru, made the disclosure in an exclusive chat with a delegation from LEADERSHIP Media Group on a courtesy visit to his office yesterday in Abuja.

Director, LEADERSHIP Media Group, Mike Okpere who led the delegation said the visit was to touch base and discuss ways to improve a long standing relationship with AMCON.

Kuru said “AMCON is fighting with people that are richer than us, stronger than us; and more desperate than us. But we are more on the law than them. We always ensure that we don’t do anything illegal; we always stand on the side of the law.”

Kuru also disclosed that the corporation has outstandingof loan obligations in excess of N5.4 trillion, adding that less than 350 people account for more than 80 per cent of the N5.4 trillion.

He recalled a recent situation where AMCON took over a company and changed its management. He said that did not go well with the owner of the company whom he said went to court to secure a court order that is yet to be clearly interpreted.

“Some of our obligors normally resort to newspapers to define status quo. Unfortunately for us, because we are the government, we don’t join issues with people on the pages of newspapers,” he added.

The AMCON MD said the corporation does not engage in illegality to victimise Nigerians.

“I can assure you that as a corporation, we don’t do anything illegal. I always tell our obligors that we won’t do anything illegal, including illegally collecting property from individuals and handing it to the government. It doesn’t make sense to me because whatever we do, ultimately, at the end of the day we answer to God,” he said.

He assured that the organisation would not allow very few individuals to hold public funds personally.

He urged Nigerians to put hands on deck to ensure that the people are made to be accountable. “These are commercial transactions. Why don’t they meet the commercial obligations?  He queried.

“AMCON law was created to address some of these recalcitrant debtors that have professionalised not meeting up to their obligations,” Kuru added.

He noted that as staff of AMCON, himself and his colleagues are representing Nigerians with a mandate to recover public funds in the hands of private persons for the government.

Kuru said LEADERSHIP is a default newspaper for AMCON, a reason he said the newspaper was prioritised.

He called for more partnerships, especially in the area of dedicating a special editorial report on AMCON’s activities as with some government organisations.

“There is no week on the average that you don’t make one or two enemies here even with some of the people who have never met you. Suddenly because you ask them to come and pay, then, you have become a bad guy. Then, you start reading many kinds of things on the pages of newspapers. So, it’s extremely difficult. It is one of the most difficult jobs I can tell you because commercial transactions are not criminal.

“Business could genuinely fail, and then, people would want to get concessions or run away from it. But the law that sets us up does not recognize genuine reason or not, for non-repayment of your loans.

“We need the support of the press for the public to understand that we are carrying out this assignment on their behalf. The easiest thing is for somebody to walk away or understand the sentiment you start understanding the sentiment, you can’t collect N1 because there are one thousand reasons why somebody is not paying. So, you have to focus on the law and the trust that is given to you, and then use it as a basis to carry out your operations,” he stated.

He assured the LEADERSHIP team of AMCON’s readiness to partner with the newspaper to rightly inform the public.