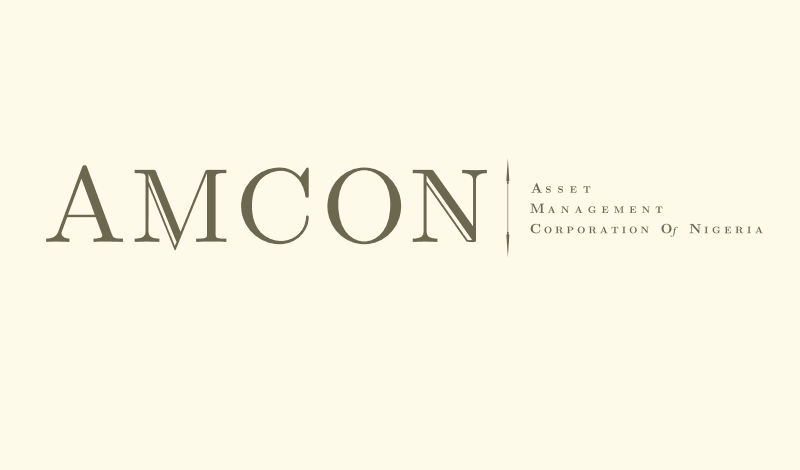 The Management of Asset Management Corporation of Nigeria (AMCON) has said 350 debtors owe it N3.6 trillion, an amount higher than the N3.12 trillion set aside this year by the Federal Government for debt servicing.

It noted that the N3.6 trillion, if recovered, would be enough to complete the revival of the moribund Ajaokuta Steel Company in Kogi State, capitalise over two million Micro-businesses with N2 million each or 200,000 Small and Medium Enterprises (SMEs) with N20 million per SME.

AMCON added that by so doing over 10 million jobs could be created in the country, thereby taking unemployed youths off the streets.

He spoke on the theme: “Overview of AMCON from Cradle to Date and the Implication of the Bad Debt to the Nigerian Economy.”

Although Ikioda did not name any of the debtors, he said they represent 80 percent of the N4.4 trillion of the total outstanding debt to the corporation.

He said:” This colossal outstanding debt of N4.4 trillion is bigger than the N3.85 trillion capital expenditure budget of the federal government of Nigeria in 2021. It is also bigger than the N3.12 trillion total foreign debt service and N3.7 trillion personnel cost for the year,” he said.

“It is also bigger than the N3.12 trillion for total foreign debt service for 202.”

The AMCON, created in 2010 because of the global economic crises of 2008/2009 which led to several non-performing loans (NPLs) that crippled banks’ balance sheet positions, initially bought NPLs worth N5.4 trillion from the deposit money banks.

The AMCON mandate was to recover the NPLs from the recalcitrant debtors, mainly billionaires cut across several sectors of the economy- oil and gas, manufacturing, mining among others, and return the funds to government coffers to support the economy.

After over nine years into its operation, AMCON has recovered only N1 trillion through assets seizures, forfeiture, or cash payments.

In his keynote address during the training, AMCON Managing Director/CEO Ahmed Kuru said “the instrumentality of the courts” posed huge challenges to the corporation’s debt recovery efforts.

He said: “We are just a government recovery agency saddled with the responsibility of purchasing non-performing loans from banks and ensuring it is paid back using the instrumentality of the law.

“Unfortunately, it did not turn out to be that easy, through the instrumentality of the courts as we encountered a lot of challenges.”.

Kuru, who was represented by AMCON Executive Director, Eberechukwu Uneze, said the obligors are getting wiser by the day and are deliberately causing orchestrated legal delays knowing that AMCON has a sunset date.

He added: “The Act was amended in 2015 to address some of the encountered challenges, again obligors got wiser, hence necessitating another amendment in 2019 all with the single objective of recovering the loans bought from banks to settle our debt without recourse to taxpayer’s money, this outstanding exposure is not a small amount of money.

” Due to the limited lifespan of AMCON, there is a need for a speedy and simplified litigation process. The reason is clear: AMCON is a special purpose vehicle for the recovery of ‘toxic’ debts.

“The debts are so bad that the government had to purchase them to prevent a collapse of the economy. AMCON’s mandate is therefore to recover these debts for our common survival to be guaranteed.

“The rationale behind the AMCON regime is therefore to quickly recover the bad debts within a legal framework that ensures speed without compromising fair hearing.

“The Directions and the Rules have   introduced a new culture of expediency in determining AMCON matters at the Federal High Court. Therefore, it is imperative for you to understand the AMCON spirit, which means speed and efficiency.”

Insisting that AMCON needs all hands to be on the deck, the   CEO said the amended AMCON Act 2019 was a robust attempt to address the shortcomings in the erstwhile Instruments of the corporation, the 2010 principal enactment, and the 2015 amendment.

Recognising the challenges inherent in these instruments that undermine the realisation of the AMCON mandate, the AMCON Act was further amended in 2019.

The objective of this amendment, according to him, is to enhance the corporation’s capacity and improve the supporting mandate for enforcement.

He added: “I must also reiterate that the amendment also became very necessary given our experience with recalcitrant debtors who constantly try to avoid, circumvent, and totally deny commitments and obligations.

“These obligors rather than settle their indebtedness, prefer to rely on technicalities to frustrate the corporation from acting against them.

“The amended Act has far-reaching implications to the mandates of the corporation in resolving troubled assets especially as they relate to recalcitrant obligors.

“The amended Act reposed the corporation with phenomenal powers that are disconnected from common sense and convention. Accordingly, it is very essential that the corporation embarks on extensive public awareness by engaging the Registrars and Legal Assistants to the   Judges of the Federal High Court.”

According to AMCON, it would not be fair to allow this crop of obligors that have collectively destroyed the commonwealth of Nigerians to escape justice. The corporation is therefore calling on all sister agencies to support the debt recovery drive as the money belongs to Nigerian taxpayers.