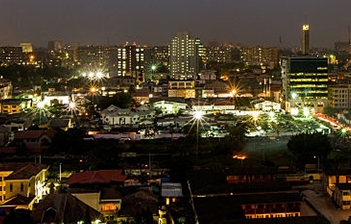 As a way of helping to navigate the country out of the current recession, a two-time former Attorney General of the Federation and Minister of Justice, Chief Kanu Godwin Agabi SAN has called on judges in the country especially the ones that handle cases concerning the Asset Management Corporation of Nigeria (AMCON) and its debtors to pile pressure on the obligors to repay the huge debts, which he said was capable of revitalising the economy if recovered.

Agabi who spoke at the just concluded Judges Forum of the Federal High Court in Abuja also heaped praises on the Federal Government for conceptualising and creating AMCON in 2010, adding that the country’s economy would have been worse than it is presently, if the Corporation was not established to restore sanity in our financial system. He said now that the country is experiencing recession, it is the duty of every well-meaning Nigerian to join the war AMCON is fighting to recover Nigeria’s assets from a few greedy individuals.

He added, “I sincerely commend the Federal Government who thought it wise to establish AMCON to stabilise the Nigerian economy; if not for that wise decision, the economy of Nigeria would have been worse than it is today. I also commend the management of AMCON because of the enormous job they are doing to recover the country’s assets from a few debtors that have plundered the country and dragged our economy to where we are today. But AMCON cannot do this job alone, which is why the judges that handle AMCON related cases should pile serious pressure on the debtors to enable AMCON recover these debts.

Insisting that the judiciary is the only arm of government that has the capacity to expand its powers to save a nation, Chief Agabi noted that the success and survival of AMCON so far was due to the hard work of the judges and the justice system because the law is what the judge says it is. According to him, if that is the case, then it is the judges that rule the nations and run the societies. Again he said, “If AMCON vs a debtor case comes before your Lordships, please I urge you to decide it decisively. It is a case of one man owing another man so it should not be difficult for you to decide. But then you cannot deliver as a judge if you are lacking in confidence.”

He also reminded the judges not to expect that everybody would be happy with their decisions or judgements of the cases. Again he said, “In your decisions those it did not favour (the debtors) will persecute you but you must bear it because you are serving the nation. It is in our collective interest that the country is restructured and our economy stabilised. But in arriving at your decisions, I want you to know that the success or failure of the management and staff of AMCON primarily resides with your Lordships and Judges, which means you need the fear of God, must consider national interest and exhibit professionalism in your decisions.

It would be recalled that 400 obligors of AMCON account for more than N4.5 trillion, which is approximately 80 per cent of the total outstanding loan balance of the Corporation’s over twelve thousand accounts with obligors that have become recalcitrant over time despite obvious efforts of the Corporation. To deal with the situation however, AMCON has increased the tempo of its recovery activities using firmer negotiation strategies as well as utilizing the special enforcement powers vested by the AMCON Act to compel some of its recalcitrant debtors especially those that are politically exposed and business heavyweights to repay their debts.