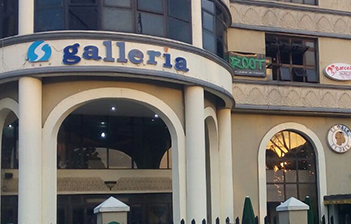 AMCON Takes over the Assets of Senator Ben Murray-Bruce

Justice C.M.A. Olatoregun, the presiding judge while granting the order on the application of counsel to AMCON, restrained Senator Ben Murray-Bruce and other obligors that owe AMCON over N10billion from challenging, interfering with or otherwise obstructing or frustrating the Receiver (M.A Banire SAN) appointed by AMCON over the fixed and floating assets of the listed companies belonging to the Murray-Bruce family. The Senator who would not repay the huge debt owed AMCON has been in protracted negotiations.

Contrary to news making the rounds since the takeover, AMCON did not shut down the concerned companies. “We appointed a Receiver that took over the companies in the early hours of Thursday June 23, 2016 as ordered by the Federal High Court and the Receiver would be responsible for the companies on behalf of AMCON going forward.”

The Court order affects the mortgaged asset located at Central Area, Cadastral Zone, AOO Plot No. 1161, Abuja, the mortgaged asset at Abonnema Wharf Road and Abali Park in Port Harcourt, Rivers State as well as the mortgaged asset at 133 Ahmadu Bello Way, Lagos where the Silverbird Galleria is located. The Court also ordered the Inspector General of Police, Assistant Inspectors General of Police, and the Commissioner of Police in charge of Lagos State, its Deputy and all other Police Officers under them to assist M.A Banire SAN, the Receiver and the Bailiffs of the Federal High Court in the enforcement of the orders of the Court.

Senator Ben Murray-Bruce is a serving Senator of the Federal Republic of Nigeria representing Bayelsa East constituency of Bayelsa State. He is a director of several companies in Nigeria including Silverbird Television, Rhythm 93.7 FM radio station and Silverbird Galleria spread across Nigeria and Ghana. He also promotes Silverbird’s Most Beautiful Girl in Nigeria (MBGN), a beauty pageant produced the likes of Omasan Buwa, Bianca Onoh and Agbani Darego, just to mention a few.

In 2011, Senator Murray-Bruce ran for the governorship of Bayelsa State,which was unsuccessful after he was screened out of the gubernatorial race under the umbrella of the People's Democratic Party (PDP). But on 27 October 2014, he declared his intention to represent Bayelsa East Senatorial District at the National Assembly under the umbrella of the PDP, which he went on to win.

Recall that 400 obligors of AMCON account for more than N4.5 trillion, which is approximately 80 per cent of the total outstanding loan balance of the Corporation’s over twelve thousand accounts with obligors that have become recalcitrant over time despite obvious efforts of the Corporation.

To deal with the situation however, AMCON recently increased the tempo of its recovery activities using firmer negotiation strategies as well as utilizing the special enforcement powers vested by the AMCON Act to compel some of its recalcitrant debtors especially those that are politically exposed and business heavyweights to repay their debts.